The Story of FoodChain 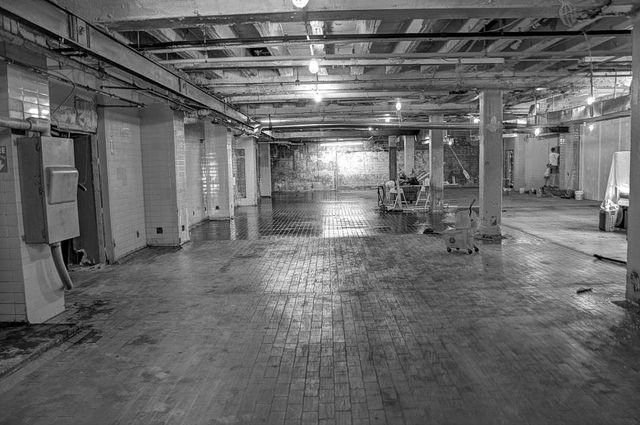 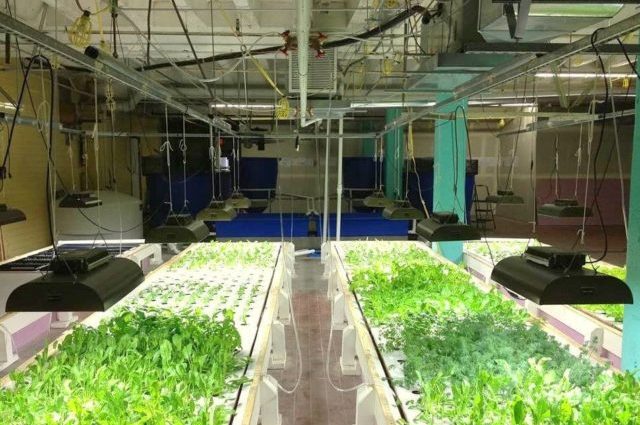 FoodChain was officially incorporated at the end of 2011. At our core, FoodChain operates with a commitment to make fresh food, and the necessary knowledge to work with fresh ingredients, accessible to all.  We place particular emphasis on our immediate neighbors, many of whom live well below the poverty line, though our programming is open to all. The mission of FoodChain came about as a result of the neighborhood we reside in and the opportunities that presented themselves. The neighborhood is a designated food desert, with extremely limited access to fresh, affordable food, and has been transitioning as new commercial development moved into this long-standing, mixed income, residential, downtown community. At the heart of this neighborhood is a 90,000 ft2 industrial zoned building that formerly housed a bread factory.

In the summer of 2011 it was purchased to house West Sixth Brewery, a locally owned and community focused craft brewery. But as the building was much larger than the brewery would require, the building owners opened the space up to other tenants interested in a collaborative and community oriented business approach. In return for below market rent, the tenants would be responsible for their own upgrades as well as partnerships in the neighborhood. Given the food history of the building along with the inherent proximity to families with limited opportunities for food education and job prospects, the need for an organization with FoodChain’s mission was obvious. Thus, FoodChain was formed and became the first occupants in the newly named Bread Box.

The limited access to fresh food in the area and an effort to model cutting-edge methods that would be new to everyone, regardless of their socioeconomic background, led FoodChain to start its education programming with innovative food production, by building Kentucky’s first indoor aquaponics system. This method combines fish farming with soilless plant production, utilizing the fish manure as natural fertilizer for the plants and the plants serve as built-in filtration for the fish. This re-circulating method yields both fish and plants for food, while using only a fraction of the required inputs, including only 5% of the water of conventional farming, no petrochemical fertilizers, and a tiny portion of the labor. Plus, when moved indoors, aquaponic systems can yield food year-round, making previously undesirable buildings agriculturally productive! Aquaponics is on the rise as a cultivation method in Kentucky, and ideally suited for urban production.

FoodChain was fortunate from the beginning to connect with experts from land-grant universities in Kentucky. Their expertise was critical in designing an aquaponics system that would take maximum advantage of the opportunities of the building space while remaining replicable by others. This ensures that FoodChain is able to serve as an approachable demonstration of sustainable agriculture in order to inspire others. The design specifically kept costs to a minimum and utilized repurposed and readily available materials whenever possible. Concurrent to the planning of the farm, FoodChain developed educational partnerships, working with students to build a small-scale aquaponics system in our otherwise empty space to give potential funders and visitors an example of what we were working towards. During this time we were seeking funding from local agencies as well as private donors to help raise the needed dollars. It took 12 months, but in January of 2013, fundraising was complete and construction began on the commercial scale system, as well as needed upgrades to the space which was lacking electricity, plumbing, HVAC, and a proper entrance! By March most of the construction was complete and demonstration went live with the addition of tilapia by the end of the month. In just 2 months, FoodChain was harvesting its first crops of herbs, lettuces and shoots.

FoodChain was ideally suited to teach the community about food production via tours and workshops, but we also wanted to show the economic opportunity that fresh food could provide. Thus, according to our initial plans, we solicited Chef Ouita Michel, a local restaurateur and James Beard Award Semi-Finalist, to construct a small Fish n’ Chips shop in the front portion of our space. This restaurant, named Smithtown Seafood, would buy our products, demonstrating the market potential for urban growing. It would also serve the freshest food to its customers, bring nutritious food to the area, and hire neighborhood residents. Construction for Smithtown Seafood began in May, and by September of 2013, the kitchen was initiated by cooking the first harvested fish from FoodChain. Food was now grown and harvested mere feet from the kitchen door, allowing fresh food to flow freely from farm to table with entirely local jobs! Since then, FoodChain has harvested over a ton of fresh produce, including lettuces, greens, herbs, microgreens and shoots, along with 1,115lbs of fish. This food has then been processed and prepared on site to create 18,379 locally sourced meals at Smithtown Seafood. All within the heart of Lexington’s downtown.

With this farm in operation we have been able to expand all of our educational programming. Since 2013 we have provided 12,789 educational contact hours in the form of neighborhood art projects, classroom aquaponics workshops, tours, tabling events, community summer camps, workshops, talks and presentations, and community events. We have also been increasing our presence in schools through classroom scale mini aquaponics systems and barrelponics installations as well as beginning the curriculum development to partner with these systems.

FoodChain has continued to improve and innovate the aquaponics system in an effort to utilize more local assets and inspire others for new community and economic opportunities. In 2014 we began breeding our own tilapia in order to restock our fish tanks. Furthermore, in 2015 we’ve partnered with our neighbors at West Sixth Brewery to make fish feed onsite using the spent grain from the brewing process. FoodChain continues to expand our educational offerings, with regular tours and workshops, and helping to establish small classroom aquaponics systems and accompanying curriculum to support a healthy community. But we’re not stopping there. FoodChain has a strong track record for crafting and implementing food education as it is related to food production. Now it is time to forge the next link – a Teaching and Processing Kitchen to first educate and then employ folks in meal planning and preparation, proper food handling and knife skills, and nutrition.